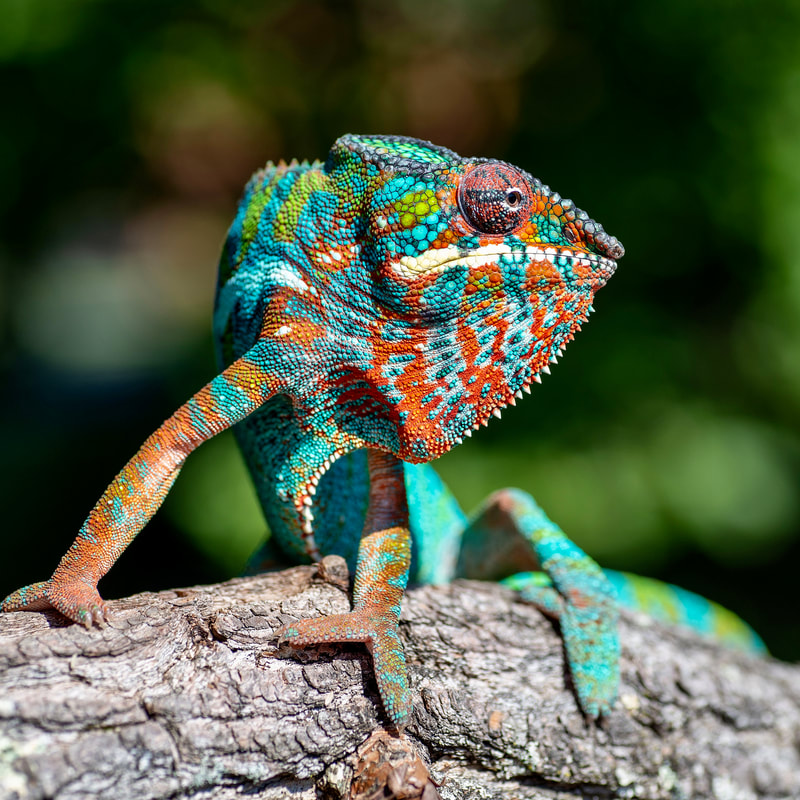 One of our Ambilobe panther chameleon breeders | Photo credit, Richard Kale
Origin
​
Panther chameleons come from the island of Madagascar which is off the cost of Africa. It is a fascinating island full of natural beauty and home to some of the most diverse and interesting wildlife in the world!

Note: It is impossible to tell what locale a female chameleon is from as most of them are variations of brown, peach and white. Some of them are very beautiful in their own right, however it is the males that display the tell-tale colors of the locale in which they are from. 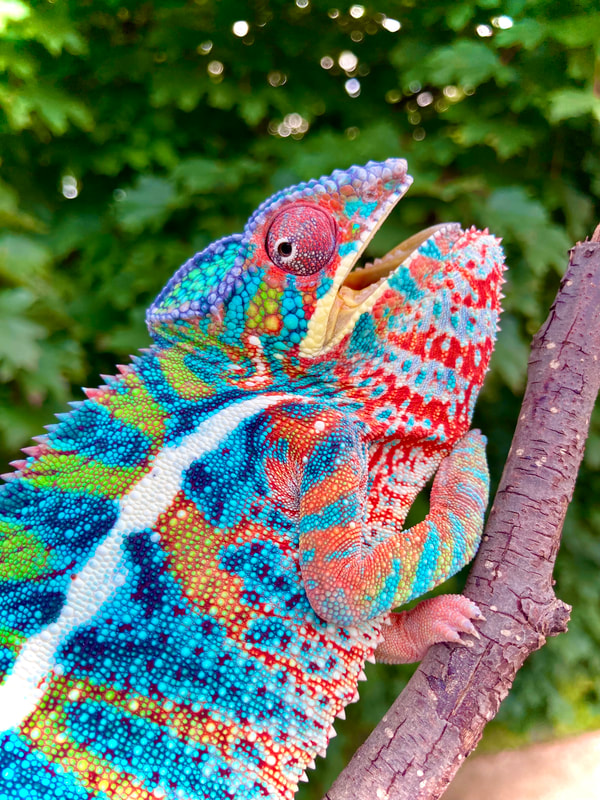 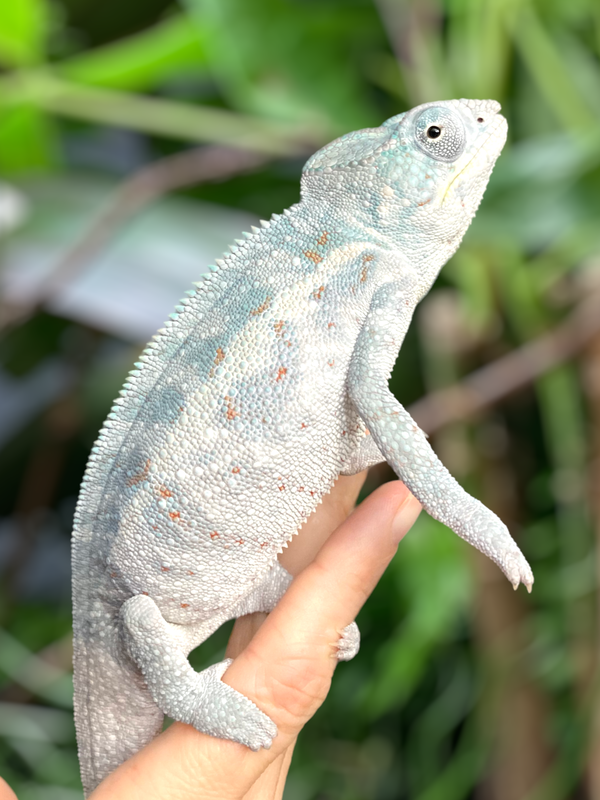 Nosy Boraha Panther Chameleon
​Check out the poster below, created by Highlighter Chameleons, to see how male panther chameleons vary in appearance depending on the locale!

In captivity the average life span of panther chameleons is 5-8 years. Males have a slightly larger life-span than females.

Healthy female panther chameleons will lay eggs regardless of whether or not mating has taken place. On average they will lay anywhere from 10 to 40 eggs several times a year. When females are not gravid with eggs they are usually a pale peach color with some iridescent blue, green or purple accents as seen in the first picture below. When females are gravid they display black, dark brown and orange colors as seen in the second picture.
Why Chameleons Change Colors

​However, this is not to match their environment. As mentioned above, male panther chameleons will display the colors of the locality they originate from in Madagascar. But even within each locality, the same chameleon can display a wide range of colors as seen in the pictures below. But why does this happen? And how?​
Color changes in panther chameleons are a result of a change in temperature, their mood, mating, and in females, as mentioned above, becoming gravid with eggs.  ​